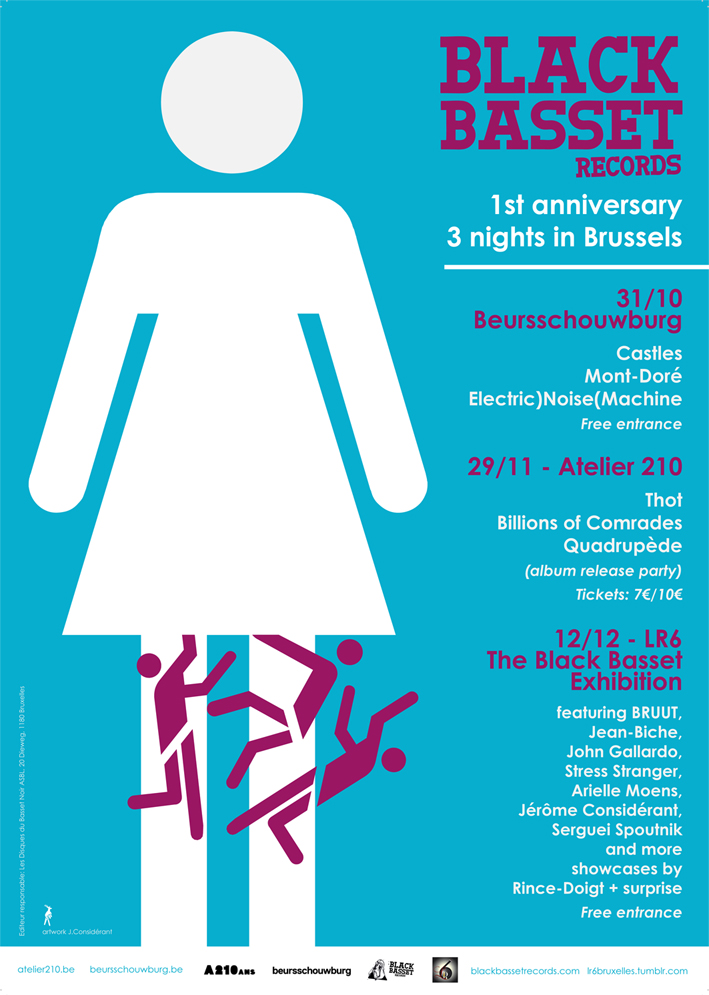 Black Basset Records is a DIY label, launched in Brussels in June 2013. It’s a labour of love, run by music fans with a background in gig promotion. DIY is our credo. We were sometimes sick and tired of seeing quality bands and artists unable to release their own music decently, due to lack of funds or energy. So we decided to jump in and help them. Black Basset Records was born. Its ultimate motive: to release quality music on nice and limited-edition vinyl records. These records are also available digitally, but we have no plans to release CDs. None at all, don’t ask.