The band is used to the roughest stages after numerous shows in very good company (Tweak Bird, Retox, And So I Watch You From Afar, Red Fang….).  Few instruments put to maximal effect: a bass sent through a wall of amps, a convoluted pedal system, a handcrafted looped voice, and electronic sounds that are amplified to really hit home their live instrument power. And an abused and mistreated drum kit that will leave lasting marks on your eardrums. More than a band, E)N(M is a machine.

Recorded by the « king the snapshot recording » Iacopo Curatolo, mixed by Micha Volders (Kabul Golf Club, Chrome Brulée) and mastered by Brian Gardner (QOTSA, Ting Tings, Melvins), Electric)Noise(Machine’s first 6-track EP,  called PARDON, will be released on 5th May jointly on Black Basset Records and I For Us Records with a limited pressing (250 copies) on white 12″ vinyl record.

Once started, the E)N(M machine does not stop. The shape of punk that should have come. 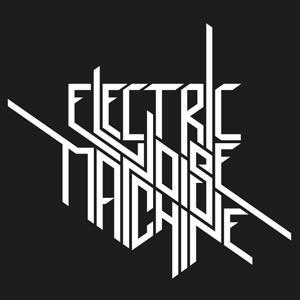